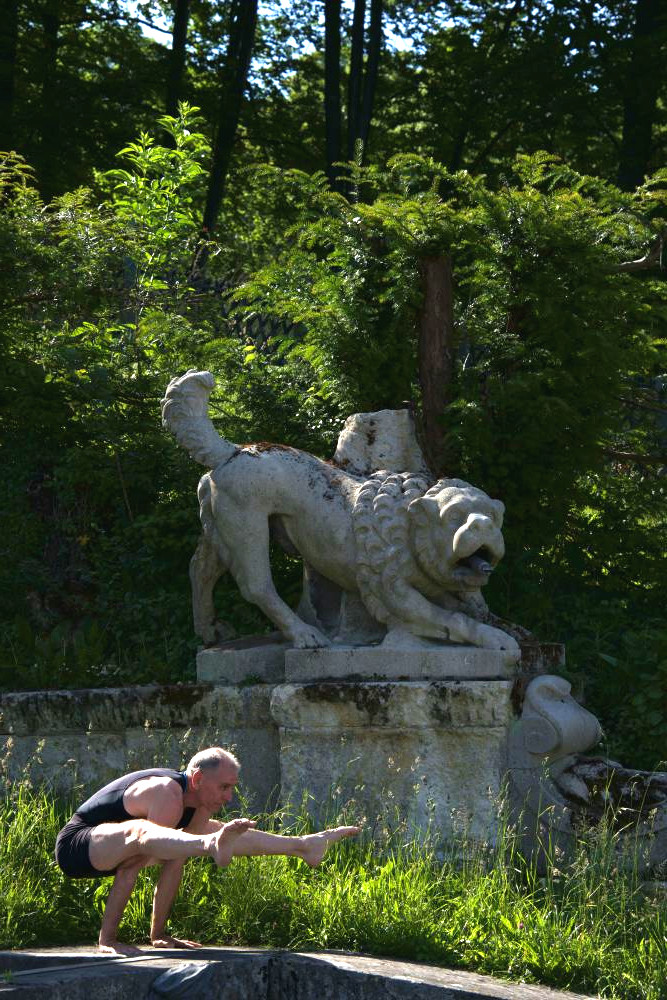 Gérald has been practicing yoga since 1989 and teaching since 1996. He discovered Ashtanga Vinyasa Yoga in 1991 with Sri K Pattabhi Jois in Mysore, India. He spent 8 years traveling to Mysore spending 4 – 6 months per visit to learn more of the system, then going off to some other exotic location to practice daily and teach classes and workshops. Gérald was taught up to the third series and was one of the first French students to have been personally authorized to teach by Sri K Pattabhi Jois. While traveling he spread Ashtanga in Australia, New Zealand, around the USA and Europe.

In addition to his Ashtanga practice, Gérald cultivates a meditation practice in the tradition of Kriya Yoga of Shri Yukteshwar with his teacher, Serge Vallade. He has a daily pranayama practice and has been certified to teach kriya and pranayama by his teacher, Sri O.P. Tiwari.

During his travels he visited Auroville, an international spiritual community in Tamil Nadu, South India. He related with the place immediately. It was a way for him to remain connected to the spirituality of India and also still have connection to the west, so he decided to build a house and a yoga shālā and become a part of the Auroville community. Gerald spent 5 years there teaching Ashtanga Mysore style; until 2004 when he decided, after being away for 17 years, to move back to France. He settled in Paris where he helped grow a beautiful community of yoga with Linda and their children.

In 2019, Gerald and Linda opened Ashtanga Yoga Golfe Juan, a new location to share their precise teaching of yoga on the Côte d’Azur, in the south of France, their new home.

In 1997 she moved to New York City with her work in the fashion business while continuing a daily ashtanga practice studying under Eddie Stern. The year 2000 brought her to Paris, France. After thirteen years in the world of fashion she decided it was the time to move fully into the direction she had been moving since her first yoga class. She felt a strong desire to sincerely give to others what her teachers have given to her; so, in 2002 she started teaching yoga as her own study and practice continued. She opened Ashtanga Yoga Paris in February 2004.

Linda studied yogic scriptures and philosophy, having completed a 250-hour study program of Patanjali’s Yoga Sutra, and a 120-hour course on the Bhagavad Gita under the supervision of Georg Feuerstein. She was one of his 10 mentoring students until he passed away in 2012. Linda is also a student of Sri O.P. Tiwari and is certified by him to teach pranayama. As well she has completed the anatomy for yoga training with Leslie. She studied with the late teacher of Ashtanga Yoga, Sri K. Pattabhi Jois in Mysore, India and NYC.

In 2019, Gerald and Linda opened Ashtanga Yoga Golfe Juan, a new location to share their precise teaching of yoga on the Côte d’Azur, in the south of France, their new home. 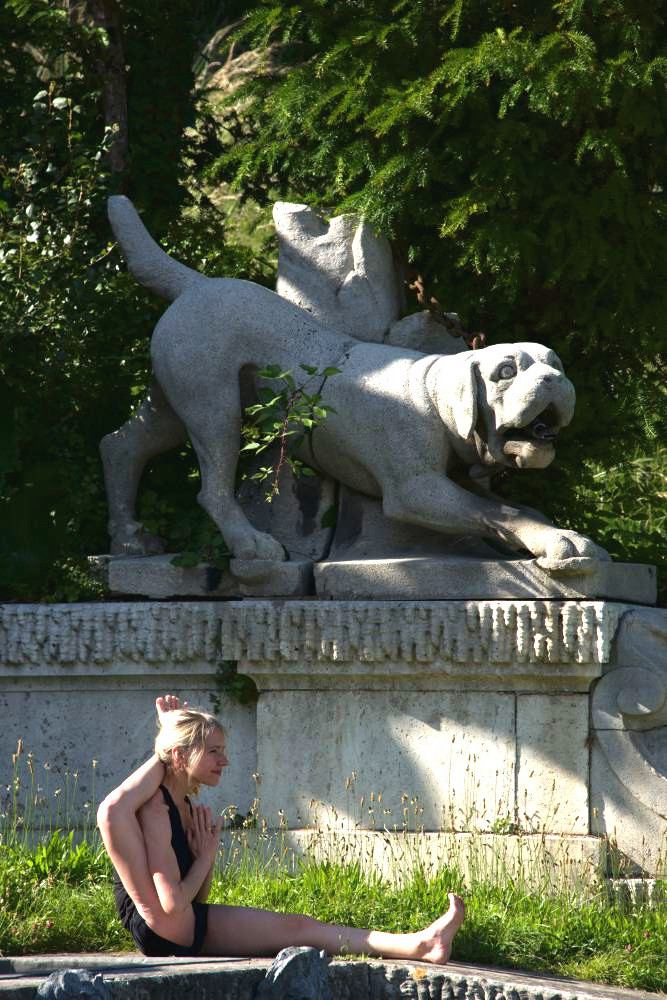